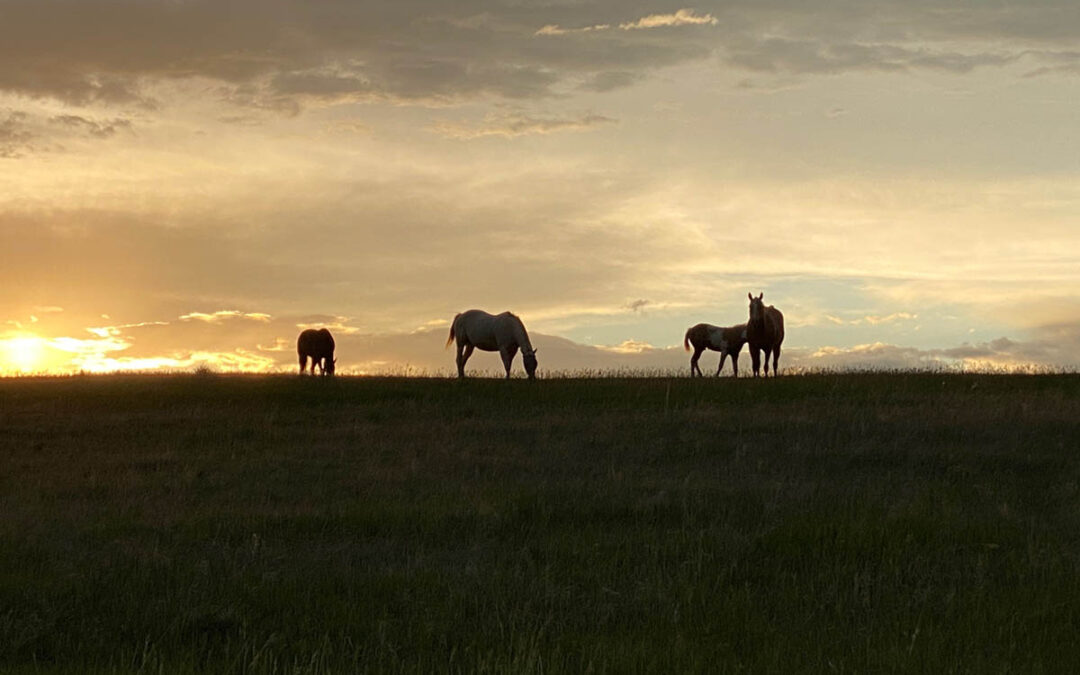 Ever struggled with not only finding your truth, but living in your truth? Horses have always played a big role in my life. I have always had a connection to them and have owned one or more since I was five years old.

I have always lived on acreage; I grew up in Evergreen, Colorado and my parents provided my siblings and me with a beautiful place to live; green pastures surrounded by beautiful Rocky Mountains and horses grazing in the pastures. As an adult I have made my home in the Franktown/Elizabeth area on 35/40 acre parcels. Barns, stallions, mares and foals…nothing more fulfilling to my soul!

For five months I struggled to find my place in the city and be content boarding a horse, having one in training (which was always a dream of mine) and a couple others out to pasture at my dad’s place.

I continued to try to force a round peg in a square hole…for over three years! Along the way I received what I call gentle nudges that grew into giant shoves …which eventually pushed me into a place of finding joy and gratitude. This was not an easy journey, and lots of heartache.

The first gentle nudge I received was back in August of 2016 (months after moving to the city). I was in Murdochs buying wormer for my horses. I was stopped by two strangers, a mother and son from out of state, that noticed my spurs. (I was quite happy to be wearing my spurs in town because it set me apart from city life people, and reminded me of who I was, deep down; a country girl). Anyway, I had a lovely conversation with the two from out of state and they were the first ones to introduce me to the Netflix series, “Heartland.” When I went home that night and told my neighbor girl (who was crazy about horses, too) about the show, turns out she and her family knew all about it and strongly encouraged me to watch it! So…I immediately became hooked on the show. This…is when I started dreaming again! What could I do and how could I obtain property again to do something amazing with horses? Would it be a dude ranch? Would it be a training facility? Would it be a place to help others grow? My brain was cranking night and day in the days ahead!

The next little nudge I received came from my brother, Rob. In October of 2016 I took my truck in for an oil change at my brother’s shop; Apex Automotive in Wheatridge. He asked me what else I wanted to do outside of my nutrition business, now that I was happily no longer teaching. I told him I really didn’t know. He immediately came back with, “You’re so good with kids and you love horses…why don’t you do something with kids and horses?” He even suggested a contact for me in Castle Rock. I was completely shocked! This statement was coming from my brother who loved horse- power (motorcycles), not horses. However, he knew me, his sister, and the kind of “horse power “I enjoyed; those with four legs!

He also knew what his middle son, my nephew, experienced one day on the back of a horse! I watched this little boy come alive with confidence the day he rode outside the round pen, in the pasture on my mare, Smudge. He went from not believing he could do it, to riding one handed, steering right and left, walking and trotting all over the field. He sat up in the saddle, shoulders back and used his leg cues to guide Smudge. A HUGE smile appeared on his face as he allowed the reins to relax and Smudge to move out! I was so proud of him! On the hour- long drive home to meet his dad, that little guy talked the entire way! Not one moment of silence, which was completely opposite of his typical demeanor. My nephew, Favorite Buddy “came alive in the saddle!”

Next, about 8 months later, at 9 pm on January 23rd, I received an email with the subject line: “Bells Pistol Pete; Chrome Magazine.” (Bells Pistol Pete was my former Paint stallion whom I acquired after his previous owners were killed in a tragic accident at Lake Powell). Long story short, the email I received was from the author/editor who put Pistol’s story together and was letting me know it was going to print in the spring edition of Chrome Magazine (a division of the American Paint Horse Journal) I was absolutely elated!! It was my dream to have Pistol published in the APHA Journal…I had no idea it would come about in this manner!

For anyone who is counting, that was three nudges I had received and I knew my work with horses was not complete. I had closed down my ranch, sold off most of my horses and was not sure what or how I would make my way back into horse country…but I knew I had to figure it out!

Low and behold, six months later, I was introduced to the Touched By A Horse program created by Melisa Pearce, which has literally transformed my life. Through the Gestalt experiences, I have learned how to step into the truth of who I really am. One of the first lessons I had to learn came from a session with Melisa’s horse, Gabriel. Gabriel taught me that I am really good at giving of myself to others…more importantly though, he stopped me in my tracks and taught me I have much work to do around receiving.

To this day, I have worked diligently over the last several months on being open to receiving. Today, I am relocating Painted Hills Ranch to an amazing piece of property in Douglas County, building my dream barndominium where horses and cows will roam.  Those who have unfinished business, as I did, will be able to step into their truth and walk forward in faith…as I have!